HOME -> HERITAGE -> NOT TO BE MISSED – > MARITIME CEMETERY 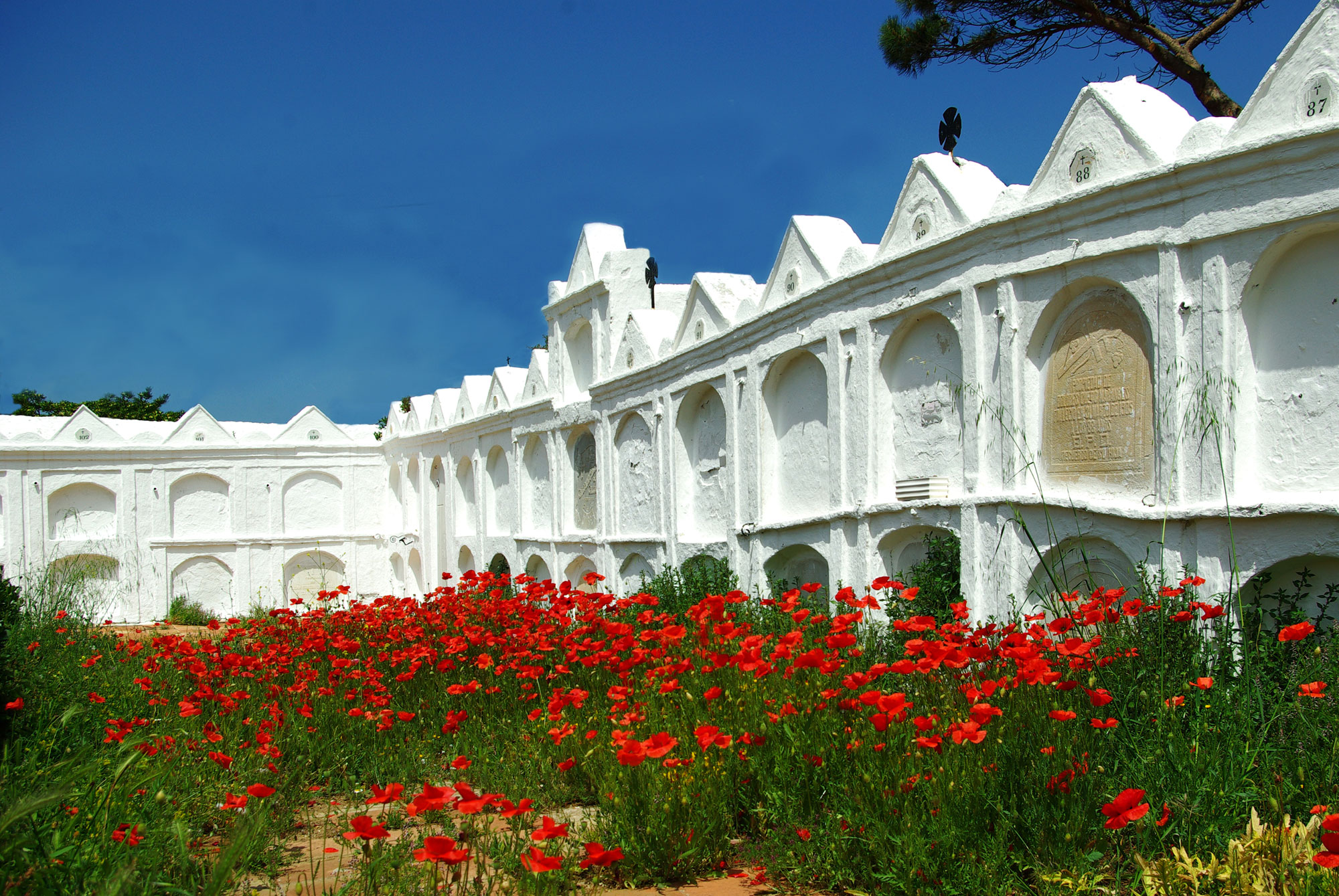 This neoclassical-style traditional architectural site built in 1835, and declared a Cultural Asset of National Interest, is unique in its category on the Costa Brava. It was restored in 2018. In January 2019, coinciding with the 80th anniversary of the bombing of L’Escala, the sculpture Absències by Pia Crozet was inaugurated with the list of the names of the 63 people who lost their lives during the Spanish Civil War or in the Nazi extermination camps.

In 1970, the cemetery was closed for allegedly hygienic measures and because of the fact that it was preventing urban growth. The intention to knock down the old cemetery led to a campaign organised by the Committee to Defend Traditional Architecture. In 1984, the cemetery was declared a Cultural Asset of National Interest by the Generalitat of Catalonia highlighting the homogeneity of the neoclassic style of the site with niches finished off with tympanum and whitewashed. Víctor Català was buried there in 1966. The author Josep Pla talked about it as one of the most beautiful cemeteries on the Costa Brava.

It can be visited as part of the routes organised by L’Escala Museum.