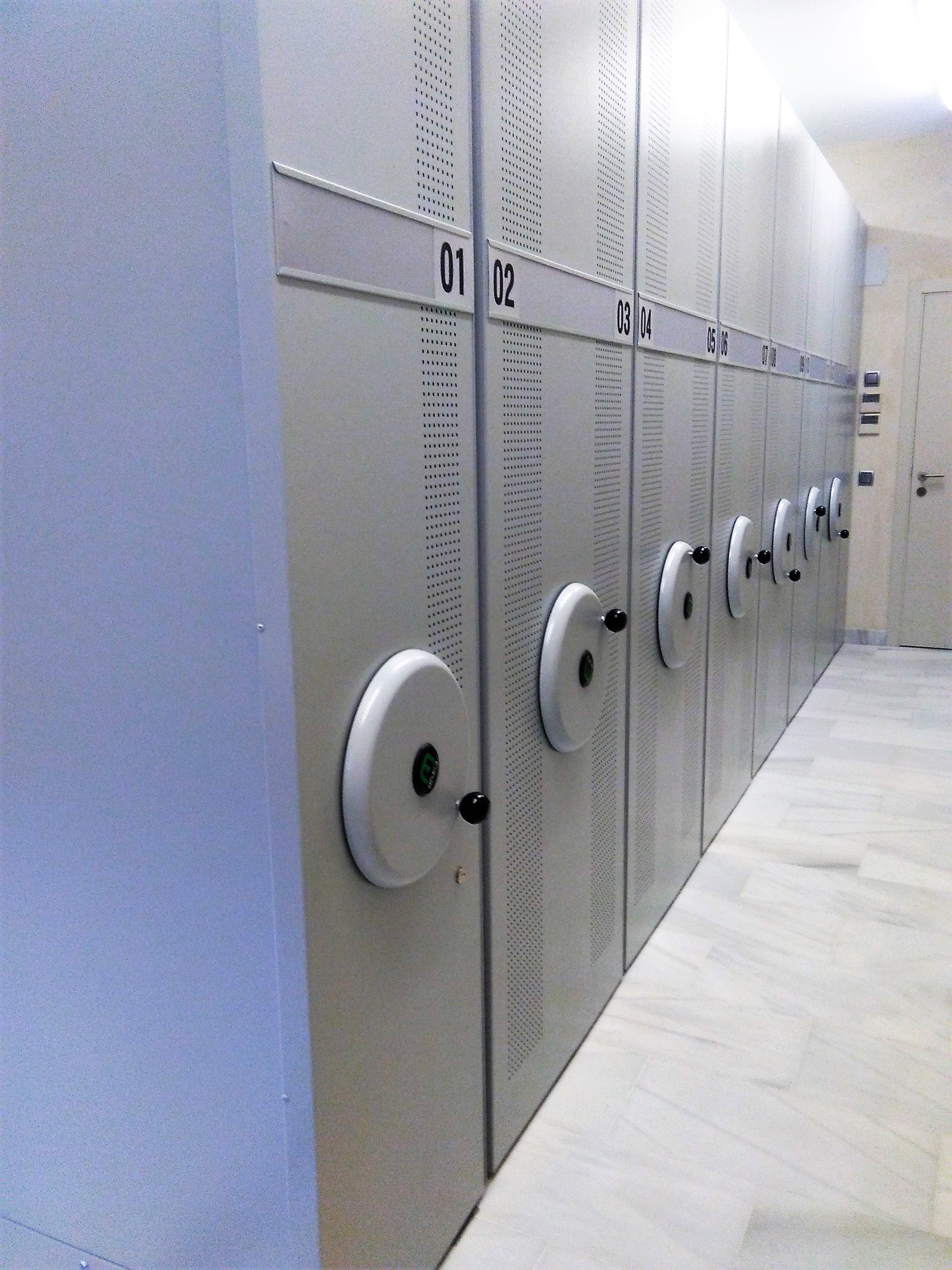 L’Escala Historical Archive (AHE), created in 1992 by L’Escala Town Council, is the service responsible for the safekeeping, treating and dissemination of the documental heritage produced in L’Escala. It has Historical documentation that ranges chronologically from the 17th century to the present.

On 22 June 2019, it was rehoused on the second floor of the Alfolí de la Sal, with a warehouse for reserves and a consultation room, a new space that enables the collections deposited —in particular with the arrival of the entire legacy of Víctor Català— to be safeguarded under the best possible conditions.

This new headquarters of the AHE was opened by the Minister of Culture of the Generalitat of Catalonia, Mariàngela Vilallonga, and by the Mayor of L’Escala, Víctor Puga. The following collections are stored at the AHE and may be consulted by specialists:

THE EVOLUTION OF L’ESCALA HISTORICAL ARCHIVE

The memory of humanity is conserved in archives. All documents, on whatsoever support: papyrus, parchment, paper or images in all their formats, glass plates, acetate and so on, must have guarantees for their conservation, with suitable temperature and humidity so that the information they contain does not deteriorate over time. This is the main mission of Archives, in the same way that Museums have collections of works of art, objects for everyday or industrial use.

In 1980, L’Escala Municipal Archive was like that of most small or medium town councils, in other words, in the attics or in the basements of buildings without the slightest care being taken of their Historical value, full of dust or rodents in the worst cases. That year, Lurdes Boix, the current archivist and director of L’Escala Museum, carried out an intervention with the permission of the mayor, by transferring the documentation that was found on the ground in an area about to fall down in the former Town Hall building and by making an initial inventory.

In 1988, with work being done to build the new Town Hall, the documentation was moved to the Casa del Gavià where, after a while, it was attacked by termites and affected by a small flood, and the entire building and part of the documentation had to be treated. This meant that it was not advisable to keep it in this building so close to the sea. In 1992, the Archive Service was officially opened on the third floor of L’Escala Town Hall with the minimum required conditions: the conservation of the documentation and regular consultation.

Once again, in 2007, the remodelling of the Town Hall led to another move. In view of the lack of space for the Historical Archive in the Town Hall, it was moved to the Anchovy and the Salt Museum which had been opened the previous year, to be able to meet minimum requirements of conservation and access for consultation. However, in view of the fact that the museum area was limited, part of the documentation had to be stored in the basement of the Town Hall, and was affected by yet another flood.

In 2017, the Alfolí was opened as L’Escala Museum, with the exhibition created by Eduard Carbonell on the first floor. In 2019, the new headquarters of the Historical Archive, the Archive of Images and the Víctor Català Space were opened on the second floor of the Alfolí de la Sal.

50 years had gone by since the defence of the Alfolí de la Sal and some 40 years ago the documentation of our forbearers started to be safeguarded, despite all the moves. However, finally, in 2019, L’Escala Historical Archive was given a definitive home, with all the guarantees of conservation in the building which the local people had saved from destruction to preserve the memory of the town, both in terms of documents, images and the oral memory (Archive), as well as the material objects that make up the history of our forbearers (Museum), with a special area for our local inhabitant with the greatest universal renown: Víctor Català.

From Tuesday to Friday from 10 to 13, prior reservation